Child support is based upon a formula set forth in the Child Support Standards Act (“CSSA”). Generally speaking, up to the CSSA cap, the non-residential parent will be paying a percentage of his or her income to the other parent as basic child support. 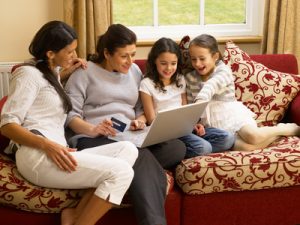 This basic amount is in addition to sharing day care, the cost to provide health insurance and uncovered medical expenses in proportion to income. There are many intricacies to the formula and how it is applied by courts, so here is a bit of a deeper dive into the statue itself.

The formula starts with an identification of where the children primarily reside. If the children are primarily residing with one parent, the other parent will be the payer for child support purposes. Then, the parties’ incomes are determined. Income is defined as what was or should have been reported on the prior year’s tax return, adding back voluntary deductions such as retirement contributions, less FICA. Spousal maintenance paid by a party gets deducted from income and spousal maintenance received by a party gets added to income.

Next, the incomes are added together and the CSSA cap is considered. Until early 2020, the CSSA cap is $148,000 of combined parental income. Depending upon the number of children, the combined income is multiplied by 17% for one child, 25% for two children, 29% for three children (and so on) on the cap. A shorter way of computing the presumptively correct amount of child support is to apply the appropriate percentage to the income for support purposes of the parent paying support.

The court has the authority to award child support based on income above the $148,000 cap, or to deviate from the presumptively correct amount of child support, provided the court finds the presumptive amount is unjust or inappropriate and states the reasons. The statute lists several factors to consider in making such a determination. If the court so decides, the court may modify child support to better reflect the particular circumstances of the parties, such as an equal or a near-equal timesharing arrangement.

Be sure to ask your attorney about your specific circumstances and how your situation might affect an award of child support.